Weight and measures: This species is a relatively large perciphorm fish that can reach up to 12 inchles long with a reported age of 10 years.

Distribution: This species was collected by Charles Darwin in the Uruguayan department of Maldonado during his trip in the HMS Beagle; and in 1842 it was scientifically described by Leonard Jenvns as Chromis facetus.

Chameleon cichlid belongs to the cichlids family. It is a subtropical South American species that is distributed from the Brazilian states of Mato Grosso and Minas Gerais, south along the entire Atlantic coast of Uruguay across the River Plate Basin, Rio Parana Basin, Uruguay River and Grande do Sul River (Brazil).

Since 1930 this species has been introduced in Chile, United States, Philippines, Singapore, Portugal (Mira River), Spain (Guadiana) and in some lakes in Germany.

Habitat and life cycle: It lives in lakes, ponds, rivers, streams and artificial environments with little current, or in any stagnant and shallow place. It can withstand wide variations in water temperature, from 30º C in summer to freezing waters in winter. It tolerates high salinity and can go beyond the rivers mouth when they are in the seacoast.

They live in pairs their entire life. Reproduction occurs when water temperature is around 28° C to 30° C. The female lays hundreds of eggs in a nest built on a hard surface, and monitors them with the males help. By the time the eggs hatch, both parents look after the fry.

Appearance: They present cichlids physical features, colorful with rounded sturdy-looking body, laterally compressed and high profile. Dorsal fin has a very broad base and the caudal fin is almost straight. Males have long back extreme and anal fins. Its coloration varies depending on age, food and mood, reason why it is called chameleon cichlid. The background color goes from bright yellow to olive green, passing through brownish-grey to gray tones, showing dark vertical stripes (six in the body, two on the front and two in the neck and one at the base of the tail). Specimens during breeding season are bright orange colored with black stripes. In addition, it darkens when its aggressive.

Diet: They are opportunistic omnivorous, feeding during the day. They feed on algae and other aquatic plants as well as worms, insect larvae, mollusks, crabs and other undersized fish that swim actively through the vegetation of the fund. Also copepods, cladocerans, chironomid larvae, gastropods and amphipods are part of their diet. 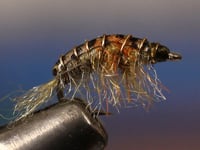 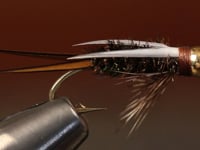 by Luis San Miguel
829
View All 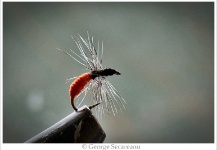 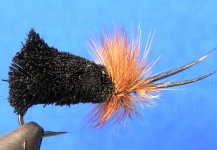 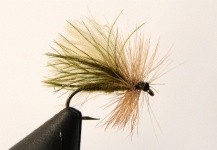 by Nicolás Schwint
601
View All