Salmo trutta lacustris, brown trout that migrates from lakes into rivers and streams during spawning season.

Salmo trutta trutta or sea trout shows anadromous reproduction, migrating to the oceans for much of its life and returning to freshwater to spawn.

Distribution: This species that can be found in North America, South America, Europe, New Zealand, Australia, Japan, South Africa, Russia, Iceland, and Turkey;  it has also been introduced in waters coming from the Himalayas in India.

Weight and measures: The world record caught with rod and a reel was in Manistee River in Michigan, in 2009, and it weighed 18.8 kg. Still there are records of 23 kg specimens fished commercially in the Ozark region (USA). In the alpine lakes of Central Europe, browns fed on Whitefish and Arctic Char, reason why there are records of 23 to 31 kg, caught between 1900 and 1930. As the pollution in these lakes had decreased the concentration of oxygen in water, the populations of Whitefish and Arctic Char have diminished and consequently, nowadays trout are no longer so heavy. The Caspian Sea once was a place inhabited by several lines of brown trout, among them the larger was the winter-run (winter migration) in the river Kura. There is evidence in Russian literature about reports of 33 kg and 51 kg brown trout being caught in the Kura River (tributary of the Caspian Sea). Early in 1916, the average commercial weight was 15 kg. Nowadays, these trout are almost extinct, due to pollution and hydroelectric dams that block the passage in their migratory cycle.

Habitat and life cycle: Brown trout that live in small streams with limited food availability rarely live more than 4 years, but those that live in rivers and lakes become "piscivorous" and could live more than 15 years. As regards sea-run trout, when they enter the sea they have a great amount of food available, mainly crustaceans and other fish, factor that influence their weight and so there are specimens of 18 kg. Spawning occurs in rivers where water temperature is around 7 °C. During this stage, females prepare the spawning bed over gravel, moving the stones with the tail; this could take several days. Often, males swim near the female waiting for the spawning moment in order to fertilize the eggs. The number of eggs depends on the size of females, and can range from a few hundred in small trout to several thousands in larger brown. A typical female produces about 2,000 eggs per kilogram (900 eggs per pound) of body weight. Fertilized eggs develop during winter and hatch in spring. In case of sea-run, after spawning they return to the sea.

Appearance: As a consequence of the range of variation in appearance, approximately 50 native species of Salmo trutta can be found. Browns usually have red and black spots, although the silver fish from the sea or large lakes only have black dots.

Diet: They feed mostly during the night, on aquatic and terrestrial invertebrates, and become piscivorous after reaching 30 cm long. They are opportunists, as they can eat baby birds and rodents. 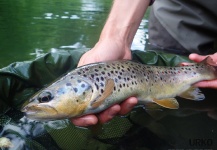 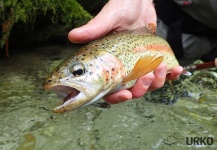 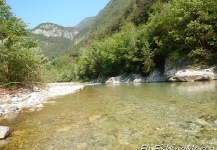 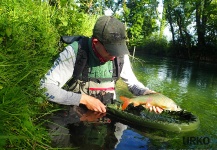 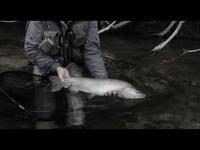 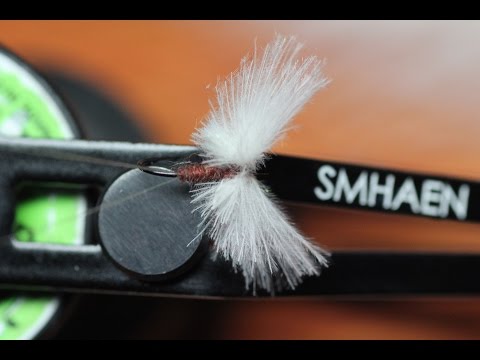 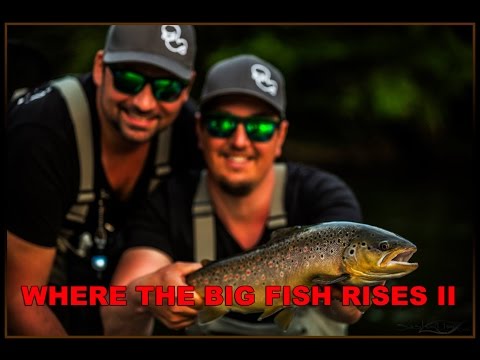 Where The Big Fish Rises. Part II B...

by Alexander Lexén
1159
View All 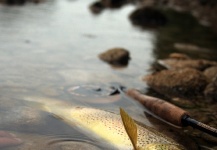 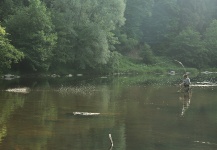 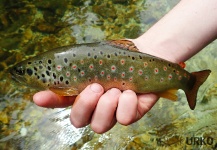 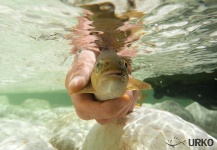 by Uros Kristan
575
View All 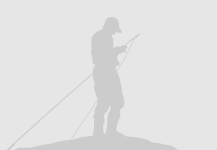 by Robert Gibbes
1084
View All 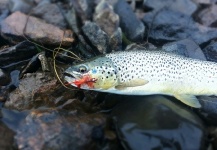 Finding Trout in the Fog 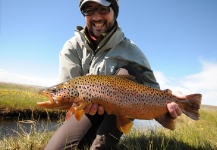 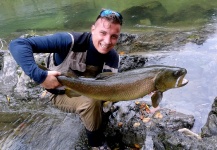 Flyfishing in Slovenia- a great adv... 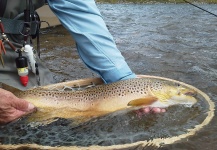