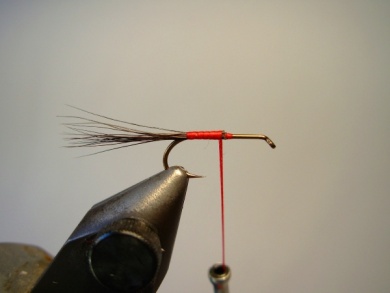 Even out some elk hair. Its length should cover the section going from the hook eye to the tail end. 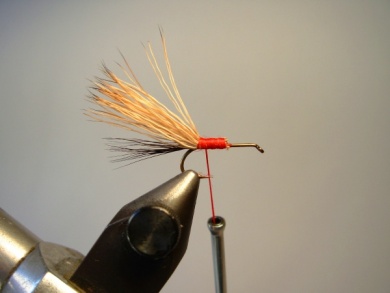 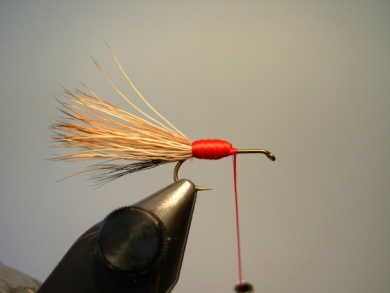 Shape up the abdomen with floss. 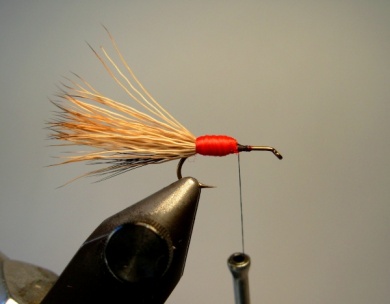 Take the elk strap to the front of the fly, without dragging the tail hair, and tie it on the hook shank. 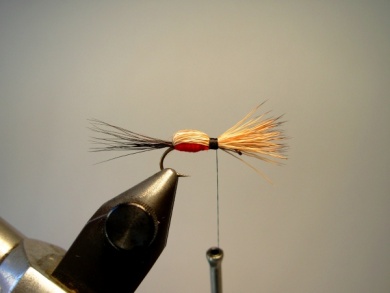 Separate the elk hair tips evenly. Then wrap these with thread, at their base. This should make the V-shaped wings. 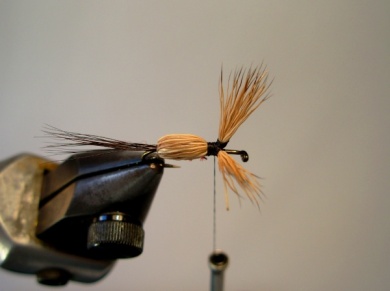 Pick a feather with fibers as long as 1 ½ hook gapes. Trim some millimeters off at the base so that it isn’t loose when wrapped. 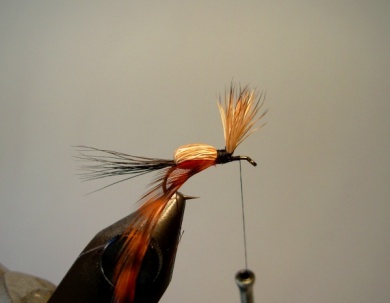 Tie the feather behind the wings.Wrap the feather from the back all the way up to the hook eye. Trim, whip finish and cement. 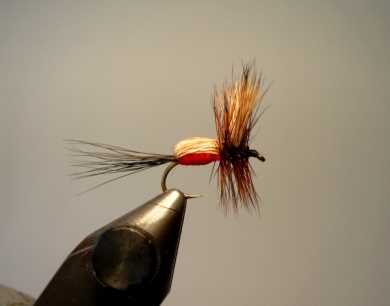 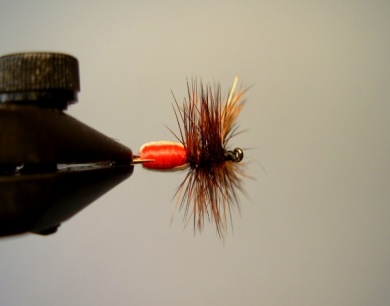 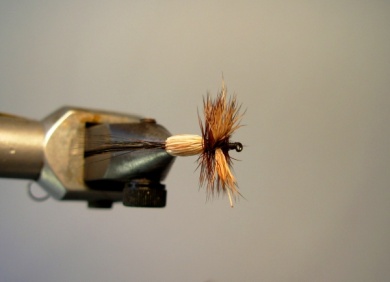