Why Gallegos river this season? 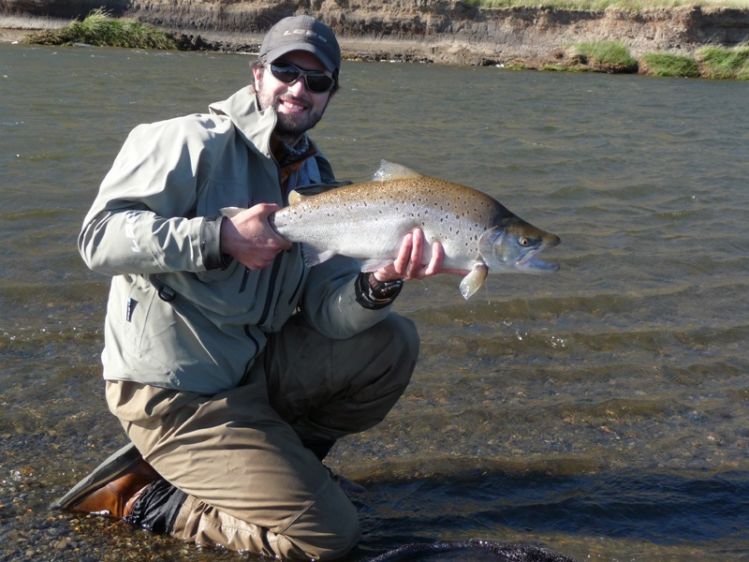 As a fishing guide of course I have to offer my place as much as I can but let me be objective about the coming season 2012/13. While the last two seasons had been ruled by a low water condition, due mainly of a poor winter I want to make a parallelism with the best season we had in the last 6 years which took place after 2007 hard winter. This last winter (2012) has been amazing, almost a meter of snow on the Andes Mountains, this means a very good run of fish coming into the river early in the season with the first high ties and floods, but the most important thing is the level of water expected in the beginning of January. Cause that holds the big runs of fish that will stay on the river for the whole season.
Another good thing happened this year, the famous guide Loro, also called Zorro by Loop creator, what I call “one of the gang” has took the hard role of being the fishing director of the Fishing Department in Santa Cruz province. Without a lot money he´s been fighting against the netting and the illegal fishing with quite good success but we can only hope that his job stays like this.
After having a meeting with Miguel Casalinuovo, the biologist in charge of Rio Grande river and tributaries, we got to the conclusion that the size of the fish is proportionally inverse to the fishing pressure, also that the main cause of death in trouts is the long time we fight them, more than the injuries we cause with the flies. But getting back to the main thing that is the water level he told that the water is still the main cause of having sea trouts in the river or not. Last season less fish got into the Rio Grande river and when it did it was in big numbers due to late floods.
Getting back to 2007 season while I was working in Las Buitreras fishing lodge we had an average of 13 pound fish constantly, it was crazy, same at Bella Vista lodge upstream and also a lot of my friends hooked their biggest sea trout including a 28pds!
Those reasons are why I expect to have great season starting today. Now I would just tell the reasons why Gallegos river can be the place you are looking for if you love sea trout fishing.
Obviously the main comparison is with the Rio Grande, and let me tell you some of the things I have learn from a lot of people that came and fish both rivers and my experience based on Gallegos fishing.
1- The main difference with Grande is that Gallegos has twice the kilometers of water and it begins from the confluence of two rivers that come from Chile, which by the way have sea trouts by the end of the season. This means probably the same quantity of fish but in three times of space, that´s one of the reason you don´t find so many fish accumulated as in the Grande.
2- 70% of time Gallegos river is fished with intermediate lines and long leaders, and the mid season with floating lines and really small flies like cooper jones, scuds and small rubber legged flies, all in one handed tackle or small double handed with very long leaders. This is more hunting than fishing, it demands you technique, presentation and patience, of course without much wind otherwise you may still throw your line as you want. Rio Grande is often fished with double handed tackle, sinking lines and you usually need more distance, it´s very common to catch fish from other sides than the mouth.
3- A real number estimate in lodges that you can catch per week is 20 fish in Grande and 10 fish in Gallegos, so the question is: how you like to catch them?. If you like to catch the fish of your life you will have more chances on the Grande river, is very possible to catch a 22 pds in there, but if you want to catch a 16 pound fish with a cooper jones, 15 foot leader with a 0,26mm tippet on a floating line in single handed tackle you may want to visit Gallegos river. A good memory I have is when Yvon Chouinard (Patagonia´s owner) landed his biggest fish in Gallegos river, a 24pds, so you never know.
For the last, I will just tell you what I´m doing this season. Being a local guide freelance allows you to follow the fish through all its way. Fishing the top, the middle and end of the river gives you most of the times more chances of getting fish than anything else. Also gives you the chance to know more of Gallegos river, its three eco regions of landscape and many different types of water. And the worst case of all that is having a flood while you make the trip of your lifetime, but then I can offer you my estancia as a plan B, and many other fisheries that will be part of another article. You may visit my website:                                                                       www.patagoniaaustralff.com 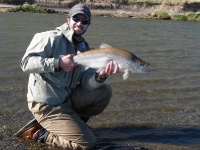 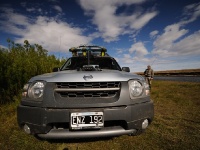 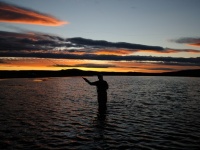 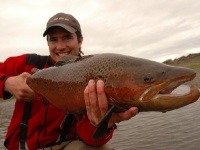 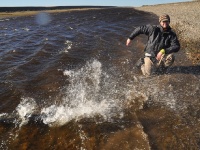 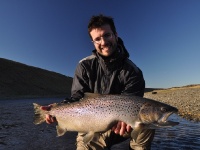