Great news for sportsmen and women and fish and wildlife

By Chris Wood in www.tu.org / Chris Wood is the president and CEO of Trout Unlimited. Photo credit: Jeff Fev

Last night, members of Congress came up with a bipartisan agreement to include significant land protections within a defense authorization bill that will likely come up for a vote in the House of Representatives this week, and the Senate next week.
It's been five years since we have seen as significant a bill to protect wilderness and lands and waters that are hugely important for hunting and fishing.

In Nevada, 26,000 acres of the Pine Forest Range could be designated as wilderness, honoring the agreements of a group of local stakeholders who were convened by a TU staff person. The Pine Forest Range bill was so locally supported by the people of Humboldt County that the Nevada Legislature passed a resolution praising the bill as a model for how wilderness legislation should be drafted. The bill would not have been possible without the bipartisan leadership of Nevada lawmakers Sen. Harry Reid (D) Sen. Dean Heller (R) and Rep. Mark Amodei (R).

In Colorado, some 107,000 acres of the Hermosa Creek watershed could be designated as wilderness or otherwise protected. This area is home to one of the most genetically pure populations of Colorado River cutthroat trout in the nation. Again, for many years, TU volunteers and staff worked with a group of local stakeholders to develop the bill, and it would not have happened with the cooperative leadership of Sen. Michael Bennet (D) and Rep. Scott Tipton (R).

And, in New Mexico, the legislation would designate the Columbine-Hondo wilderness in the Carson National Forest while moving management of the Valles Caldera to the National Park Service. The Carson is where Aldo Leopold, the father of the American wilderness movement, once served as a forest supervisor, and where he learned of the value of protecting large tracts of land for the use and benefit of people. Wild and native trout in the headwaters of the Rio Grande and Red rivers will be protected in the 46,000-acre wilderness. The bill was made possible through the leadership of Sen. Martin Heinrich (D), Sen. Tom Udall (D), and Rep. Ben Ray Lujan (D).

In Montana, the legislation would protect lands within the North Fork of the Flathead River from the perils of mountain-top removal mining and other treacherous development. This effort, supported by Montana Rep. Steve Daines (R) and Sen. Jon Tester (D), will keep intact some of the best fishing and hunting ground in the West, and ensure that lands adjacent to Glacier National Park aren’t sullied due to short-sighted extraction efforts.

Finally, with the support of the Vermont and Washington councils, the bill would designate as “wild and scenic” the Missisquoi River and Illabot Creek, respectively.

These bills enjoyed broad bipartisan support, but were held up due to the gridlock in Congress. Let's hope this ushers in a new era of collaborative stewardship where our members of Congress work toward common-sense solutions to common problems for the common good. 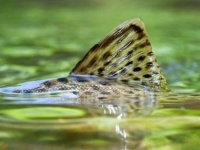